I’m sure you’ve seen the memes (no, I’m not sharing any of them in this post). Yes, the first time I saw one, it may have elicited a smirk from me, too, but as with most viral snarks, they’re all over my feed, and my finger has been hovering constantly over the unfollow button*.

While we cannot truly grasp it here in America, having had our own “exit” from under the royal thumb ourselves a-way back in the 18th century, Harry and Meghan’s version of Brexit (SIDE NOTE: indeed, the British Press is losing their minds over this but having a difficult time coming up with a catchy phrase for the “scandal,” making such ludicrous suggestions as Megxit,” “Meg It Work” or “Meg Your Mind Up”) has surely shaken the royal family, as well as hijacked news outlets that surely have better things to discuss (a few examples: global terrorism, the economy, homelessness, hunger, literacy, and you know, actual Brexit).

Before you allow a bunch of tired, already-stale memes to hijack your own Facebook profile, let’s take a step back for a moment. We can glean a few lessons from Harry and Meghan’s actions over the past few weeks and moving forward, so rather than focus on the weak jokes, I’d like to pull a few lessons out of this latest royal bombshell.

Only you can know when a change is right for you — listen to your gut.

If you know that making a change — a change of broker/brokerage, a change of team members, leaving your team and embarking on a journey as a solo agent (I’ve been there, folks!) — is the right thing for you, believe that voice in your head. Ask almost any REALTOR® who has made a change for the better, and they will likely tell you that, at least initially, they let the opinions and voices of others get in the way. Their broker tried to talk them out of it; a team member or team leader was a naysayer; their self-doubt got in the way. Whatever the source of the uncertainty before the decision, I can tell you from experience getting over that hurdle was the biggest part of the challenge. Once I listened to my gut for that big, life- and business-changing decision, I pulled the trigger, realized it was the best decision I had ever made, and have never looked back.

Have a plan if you’re embarking on a big change in your business (or life).

According to The Evening Standard, Harry and Meghan’s exit wasn’t quite as abrupt and spontaneous as the tabloid press would have us believe (I know, shocking, right? A tabloid sensationalizing a story for clicks? Ludicrous!). In the weeks leading up to the news, which broke on January 8, 2020, Harry and Meghan submitted a draft proposal to their family, outlining their plan and allegedly including details on how they would become financially independent from the crown and what their future work and purpose would entail.

Unlike the former royals, the opposite may be familiar territory for some of you: you have a great idea but no plan to follow through with, so the plan is never executed or even begun. Or you jump into the brilliant idea but, without a plan, find it unsustainable. Either way, spending a little time drafting a plan and listing the steps to successfully reach your goal can be the difference between not only failure and success but also between inaction and success (which, in my opinion, maybe the worse of the two). Whether it’s revamping and regularly updating your overall business plan, creating a budget for new marketing promotions, planning your first-ever client appreciation party, buying your first investment property, or having an exit strategy for your business (if you’re nearing retirement or have suddenly won the lottery and are running away to Fiji), creating a step-by-step execution plan — one that can guide you, that you can revise as you work your way through the steps and learn from possible missteps — can only help your process. The time you spend on the front end, brainstorming, and planning will pay you back. (One can only hope that Harry and Meghan’s proposal was well-thought-out enough to sustain them into the future, now that their announcement is public and the wheels are very publicly in motion.)

If you feel someone is giving you the runaround or violating a trust relationship, take the necessary steps to move on.

From the timeline of events (pictured above to the right) published in The Evening Standard on January 9, 2020, Harry and Meghan made several attempts to discuss their plans and follow the “proper channels” to work in the best interests of their family, before publicly announcing their royal exit. Hitting roadblocks at every turn — from Prince Charles, the Queen, and various courtiers — they took matters into their own hands and moved forward with their plans to the shock (really?) and surprise (seriously?) of the royal family. The trust relationship had broken down; their own family and trusted advisors were, seemingly, blocking their attempts to do what they clearly believed was in their own best interests and that of their nuclear family. If you’ve ever felt that trust has been violated — with a business partner, a client, a service provider, or a friend — know your tipping point, know when all signs point to the exit, and then take the necessary steps to extricate yourself from that relationship. Sometimes, the best decision you can make to save a long-term relationship is the most difficult decision to make and act upon, to remove yourself from the current situation for your well-being.

Communication is key. Make it a priority.

What do we know of the likely-complicated, detailed inner workings of the British royal family? Not a lot, other than what we see in the news, most of which is barely above conjecture, rumor, and “trusted yet unnamed sources.” However, if the timeline above is to be believed, it appears that much of the confusion and shock could have been remedied with improved communication.

Undoubtedly, the politics and complex relationships of being a royal are something that most of us (blessedly) will never have to deal with. As REALTORS®, though, communication is fairly simple: pick up the phone and do it. Always keep in the back of your mind that the tone and meaning of the written word can easily be misconstrued and misunderstood. (As someone who, admittedly, can be very brusque and brief in written communication — especially texts — I find that my tone is often misinterpreted when I just want to get an answer conveyed as quickly and concisely as possible. The solution — pick up the phone and let my voice be heard so that the tone is clear and unmistakable.)  Over-communicate with clients. Be transparent and authentic in your dealings with consumers. Be clear, concise, and professional with other REALTORS®. Follow the Code of Ethics: be honest and transparent. Practice good communication skills.

Reminding your clients and sphere that you’re a REALTOR® is a good thing. Find a creative way to do so…regularly.

Finally (and reluctantly, I might add), in the spirit of the recent real estate-themed memes circulating with alarming repetition on every single one of my social media feeds: sometimes reminders to your clients and sphere that moving up, moving out, or simply just making a move can be a good jog to their memories of what you do for a living. Certainly, though, we can find more creative ways than sharing a meme that everyone has now seen a half dozen times already (y’all know you’re not being original, right?). Consider providing quality content on your website or your social media channels about downsizing, moving resources, and how you help to take the stress out of your clients’ home buying and -selling process. There are some great topics surrounding the royal exit that makes for fantastic website content, such as dealing with the difficulty of leaving the nest (and being an empty-nester, watching your children leave the roost), an open discussion of resources that can help consumers deal with an emotional time (i.e., divorce, estate sales and liquidating a loved one’s prized possessions that no one else seems to want) — the list of possibilities is endless, and we as REALTORS® deal with them regularly. Let your knowledge be why consumers want to hire you to help with their unique real estate needs. But it will take more than a funny meme to start to create that relationship of trust and reputation of credibility.

* Full disclosure, I’m a bit of an Anglophile, and, truth be told, I could probably be described as a royalist. Easy to say since I don’t live in a monarchical society; I also don’t live in the UK, I’m not British (or Irish or Scottish or Welsh), and I have the benefit of distance — both geographic and temporally — from the Crown. I just thought I should put that out there. 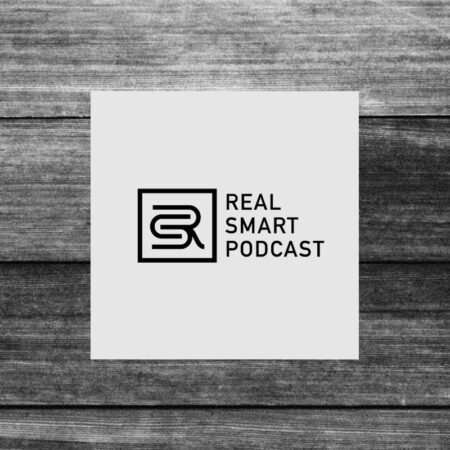 REAL Smart Podcast – Episode 2 – “Haunted House? Who Ya Gonna Call (and What Do You Have to Disclose)?” 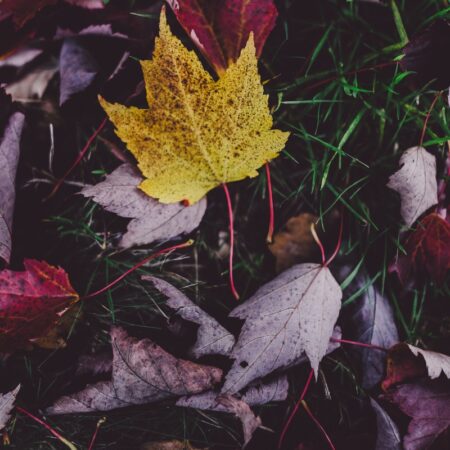